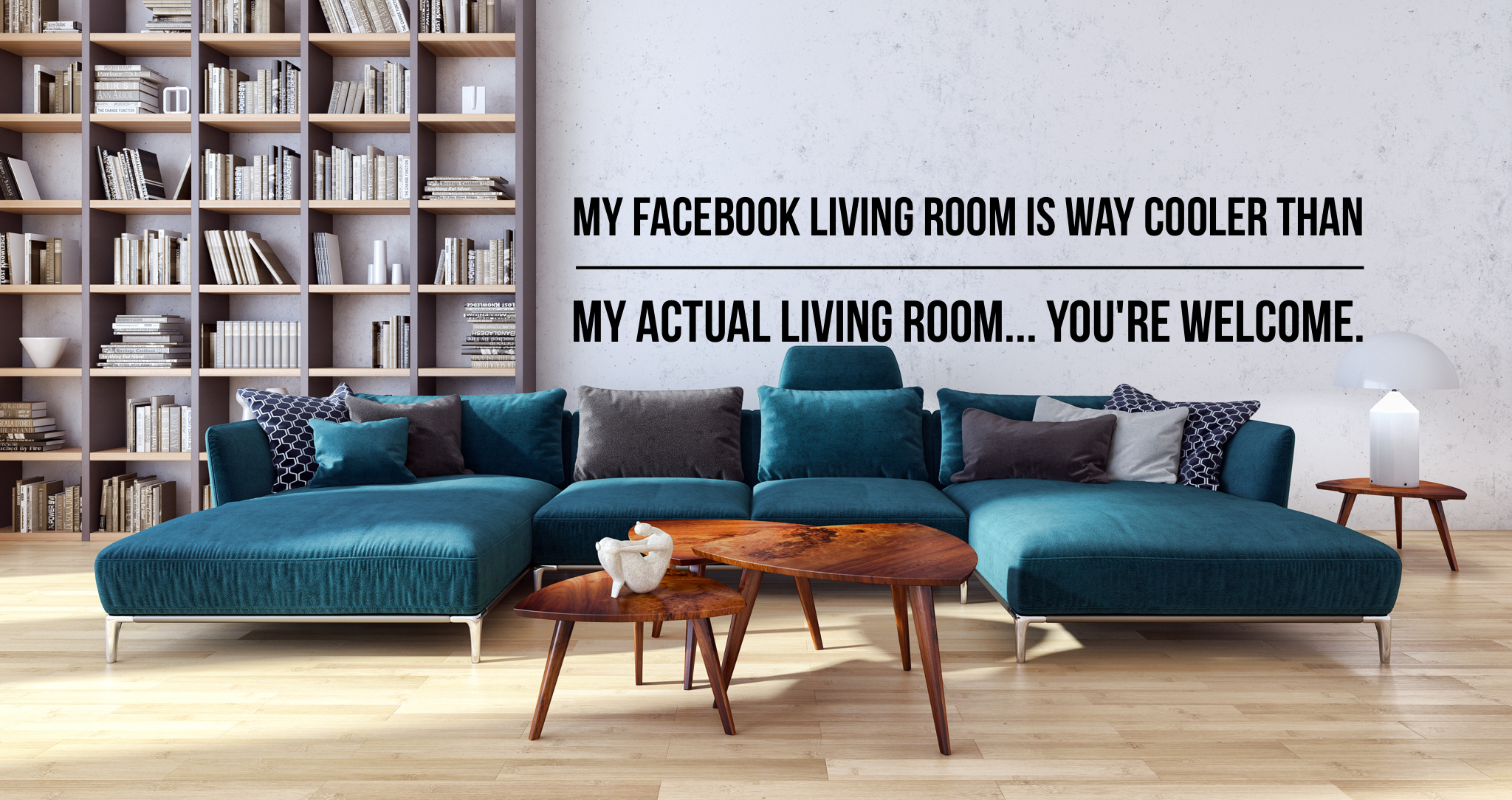 Facebook was made available to the general public in February 2006. 10 years later there are over 1.65 Billion users. That is more users than the entire population of China, who interestingly, bans access to Facebook along with Iran and North Korea. But other than those three countries the entire world is represented on this network.

I tend to see these technological advances as incremental evolutions rather than leaps forward, or falls backward. They are simply evolutions – increments forward – always forward – because that’s the only direction available. And just like each evolution we make, it takes time to learn how to function in healthy and productive ways.

I’ve been thinking about this for some time, how, Facebook in particular, is impacting us.

I am a qualified fan.

I’m a fan of new friendships:

Through Facebook I have met and become friends with people around the country who I would never have known in another age. I’ve been influenced by these people who, were it not for social media, I would have lived and died, never knowing they existed. I have also been influenced and become friends with people who live in the same town as I – but we haven’t actually met in person. These are real friendships. In many cases I know these people more intimately than I know some family members who I have been around my entire life.

I have heard the laments that social media is a false relationship, a poor substitute. I don’t negate the fact that time spent face to face is invaluable, but I don’t think we have to discard these virtual relationships as inauthentic. It is in our nature to take something that is new and set it side-by-side the old to determine it’s worth. And the new, the unfamiliar, almost always loses that argument. Because it is new, unknown, unfamiliar – how could it possibly stand up to the decades of history we have with the other. I’m sure people preferred their horses over cars….for quite some time.

I also get unprecedented access to author’s and thinkers who I would otherwise only know through their books released at maddeningly lengthy intervals. This has resulted in amazing insights.

I am fan of augmenting traditional friendships:

My two best girlfriends live across the state. We only see one another a handful of times each year. Were it not for Facebook, we would talk via email I’m sure, exchange pictures occasionally. We would probably call more than we do now. Because of Facebook though I have an insight into their lives on a daily or weekly basis. I see pictures that would never make it into a specific email. I see where they are going and what they are doing. I watch their children grow. Our friendship is augmented by this addition.

I am a fan of the incredibly expansive view of the world that is so easily accessible:

We have an unprecedented view into not only the workings and goings on of different cultures, but also the inner beliefs and thoughts of our friends and acquaintances. This is where things can get difficult, but nonetheless, I am a fan. Never before in the history of the world have we been able to know so much about people’s inner lives, beliefs, hopes, and fears.

I know the political leanings of most of my friends on social media, and they know mine. I know their religious beliefs, or lack thereof, and they know mine. The topics that have been taboo in our in-person relationships, are passionately shared over social media. Topics that people can’t find the courage or words to discuss face to face, can be broadcast via a meme, or a share from someone else who puts words to something they feel, but cannot express on their own.

This is exactly where the allure of Facebook falls apart for some, and where it begins for me. I am simply fascinated to see how this step in our evolving society will take us. Things that are still taboo in our in-person relationships are freely shared and passionately discussed on line. I have friends who believe very differently than I do – and we both know it – but when we are together we don’t talk about those things. Actually we know better now, what we should and should not bring up, if we want to just hang out. And it has added a new depth to our relationship. It has broadened my heart and my thinking.

In the past we would assume our friends and family felt like we did on controversial issues. We either wouldn’t talk about in depth things, or if we did, we would take the social cues of other people and direct our statements to either conform, or move the conversation into more neutral territory if we realized we disagreed. It was much easier to remain ignorant of someone else’s beliefs. I think we miss that, but I’m not sure we should.

Undoubtedly we aren’t very good at this level of intimacy…yet. It’s very new, and we are just learning what the accepted social norms are going to be around this new level of knowledge. But it is a step forward. Listen, it is a primal need of humans to be known. We want to be loved and accepted for who we are, not some false persona we put forward. Facebook is allowing people to say – this is who I am.

We are a bit clumsy at it so far. We tend to shout who we are, defend what we think, and bludgeon one another with our opinions. We seem to be a bit drunk with our new toy, unsure what exactly it’s good for, but liking the freedom we feel in shouting out who we are, shouting out, “This is what I think and I don’t care who knows it! (But let’s not talk about it over the water cooler tomorrow, ok?)”

It’s just so awkward. It’s easy to say it was better back when people just stuck with polite conversations. It was easier when you just knew these things about your closest friends. It was – it was far easier. But that doesn’t mean it was better. A horse was easier, in many ways, than a car – not better, easier.

I would rather be known, and know you. I would rather learn to live in the gray of loving people who have different ideas, than live in a false world I’ve assumed was just like me. I have grown more, learned more, and understood more about the world, my friends, and myself because of these clumsy, stumbling posts. I have been broken open by suffering that I would never have understood were it not for people brave enough to post their truth, to show us their stories.

We are all growing, learning, and understanding more – by force in some cases – but still, it’s happening. It’s easy to point to the pain, fear, and hostility expressed on line and feel as if the vehicle for the emotions is one of the problems -but I would argue that it is a catalyst to move forward. We cannot progress without understanding.

I will admit that it is exhausting. It can be discouraging. I can be brought to the depths of pain and anguish and sorrow and fear – when I read some of the comments and stories that seem to be full of hate. There are a million times that I have shut down and thought, I would rather have not known that people were like ‘that’. People I dearly love have posted things that have stopped me in my tracks – why did they post, say, share – that?!? And I’ve done the same thing to people I love.

If you feel that Facebook has devolved us as a people, I would argue that it has only shed light on feelings and fears that have always existed. There is no de-evolution. We do not move backward, but in moving forward, it can sometimes feel like we are going the wrong way. It’s a natural part of growth, the pain. Death before resurrection. A seed must burst apart before it flowers. This is how beautiful new things come to us, this is the only way new things of beauty come to us. Transforming pain into joy.

And it is that truth, despite all of the ugliness and vitriol that may be on-line, that keeps me as a fascinated fan. I want to better understand your, and others, perception of this world. I want to understand things more fully, and hear about experiences far different from my own. I don’t want to be locked into my beliefs and mindset without ever having them challenged. I want more knowledge, not less.

I’m even grateful for the horrific videos, the real-time reporting, the raw emotion. I’m also very grateful for the silly pictures, random jokes, and uplifting stories. I’m grateful to know you more. Your opinions and thoughts matter.

We will get better at this.

My own attempts to get better include trying to do the following:

I know that when the world seems to be on fire it can be really hard to log on. It can make us long for the day when we judged each other based on assumptions rather than posts that provide concrete evidence that our assumptions are correct/incorrect. I get how hard it is to find out that someone you love also sees the world completely different than you. But the fact that you love these crazy people, the fact that I have such high regard for people who actually believe far differently than I do – that’s the hope of all mankind. That’s the hope….we love people who see things through a completely different lense.

So what do we do with that?

Julia Grace, LLC
Thanks for spending some time with us - join the community, leave your thoughts, share with friends. For more info visit my About page.
Julia Grace
2016-07-09 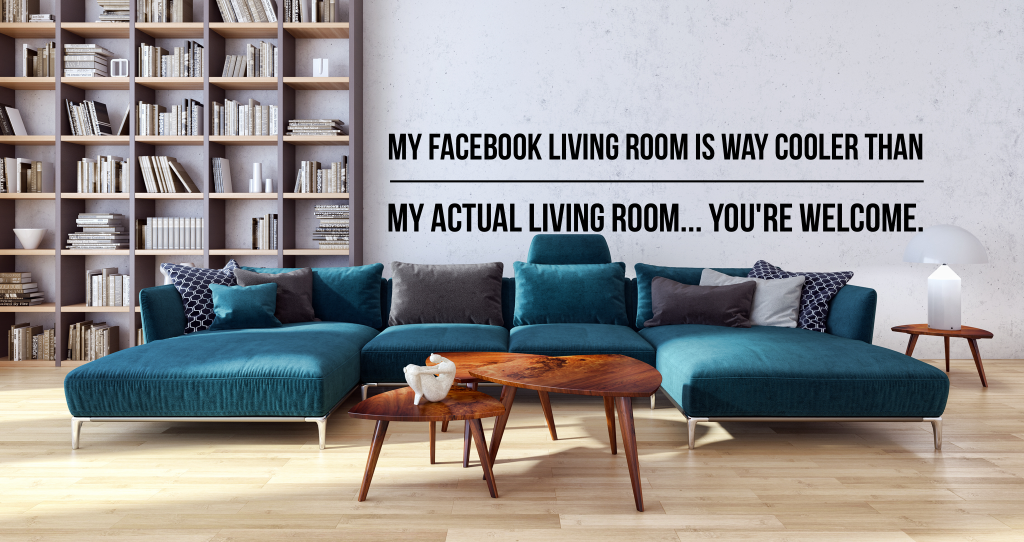 ← PreviousThere has to be a change – in us.
Next →Walking into the light