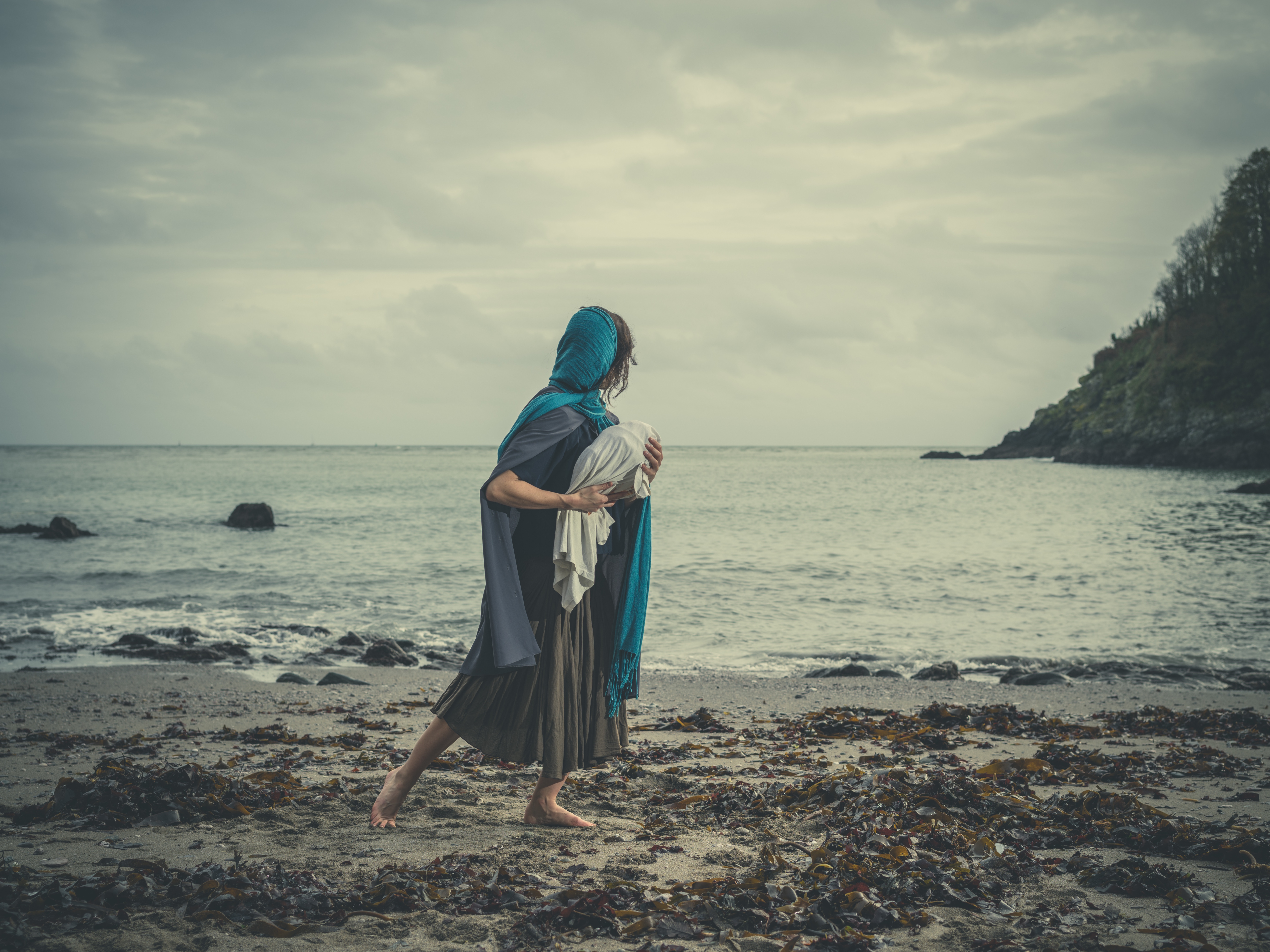 “We have room for a mother and an infant. Addy, You need to go find them.”
I had done this before. Gone out to find someone. The first time I was so excited to get to bring someone in, but I was soon freed from my delusion. I had to step over so many men, women, and children as I looked for the family that met our availability. We had learned that the refugees would not be seperated. After traveling so far, and surviving so much, these families would not leave one another behind. So, when we had space, it was critical that we find a family that met our vacancy exactly.

This time would be difficult because it would have to be a single mother with just the one infant child. As winter approached the younger babies were at great risk. We had tried to bring mother’s in with just their infants even if we couldn’t accommodate the whole family, but soon realized that it was cruel to ask the mothers to leave their other children, even to save the baby. The mother’s couldn’t choose to inflict any more pain on their families.

I put on my veil and layered clothes under the traditional garb that I needed to wear to blend in. The temperatures were dropping near freezing at night now. It would be warmer to wear one of the parkas, but if I went out in just my American clothing I would be inundated with pleas for help. Before leaving the shelter, I prayed for discernment and providence. I’d no idea how sharply that prayer would be answered.

It didn’t take as long as I feared. Fifteen minutes into the camp I saw a young mother huddled with her baby. I asked if she was alone and when she said yes, I asked her to walk with me. Discreetly I told her to take whatever she could carry that she wanted to keep, and immediately I saw the shift in her gaze. She understood that she had been chosen for safety. At least for now.

Quietly we made it back to the shelter without incident. I could feel her tension and relief collide as we made it into the door. She and the baby were quickly taken away to be checked by our doctors. They would be sure that any urgent physical ailments were addressed tonight. We would try to help with the mental anguish over time as well, but those wounds were much more challenging.

After a few hours I went by her room. The baby had been checked by the doctors, as had the mother, Sarah. Both were severely malnourished. The baby was being fed every two hours in small doses, while Sarah was given the first hot meal she had had in over eight months.

I watched this mother tenderly feed her daughter, coo to her lullaby’s I had never heard, and I was struck once again at how similar we all are.  She saw me watching and motioned me to come sit with them. It was late by now, the baby would finally sleep for some time, with a full tummy and a warm shelter. She thanked me and I thanked her. Then we sat in silence for a while watching the little one sleep.

Finally she broke the silence with a small sob. I moved closer and asked if I could put my arm around her. She collapsed into my arms, still cradling her baby. We were near the same age but our experiences made it feel like a vast amount of time seperated us.

I had read her intake papers so I knew that she had lost her husband and two older children in the war. Her husband had been taken by the rebels, but only after he resisted and tried to stay with his family. When they realized how important his family was to him, they shot the two children, right in front of Sarah and her husband. A four year old daughter and two year old son. Then they demanded again that he come with them. At that point he agreed to leave, and they laughed back towards Sarah saying, “No one is loyal to just a woman.” But she knew. He left because of the little girl who was asleep hidden in a drawer. His gaze said a million things to her, as she hoped hers had to him. She learned in the week that followed that he had been killed for not responding quickly enough to a command to murder one of their neighbors.

She and the baby had taken the money they had been saving to flee the country and bought passage on one of the small rubber rafts that we had all seen on the news. They didn’t have enough money saved to get all five of them out, but since there were only two now…

That was eight months ago and she and the baby had walked another 300 miles to get to this camp. It was a miracle that they both survived the journey.

Now, holding her as she wept, I wondered how the world had come to this place. I wondered how we had reached a place in our humanity that things like this could happen. What I didn’t do though, is question how God could let this happen. I didn’t believe He did. We did this. We let this happen.
I had not always felt this way – but one day a few years ago, bemoaning the state of the world and railing against a God who would let so much pain exist, a friend told me a modern day parable:

There was a man who was working with his friend along the railroad tracks. They were picking up debris and doing their best to clean up. They had been making progress and having a great day, when in the distance the man heard a train approaching. As the train came closer the man moved further from the tracks and continued to fill his bag with trash. Finally he paused to watch the train pass and when he looked up he saw that his friend had his back to the train and was about to be crushed.

My friend asked me, “Is it the fault of the train conductor that the man is about to be crushed?”

“No,” I answered, “he could hear the train and move out of the way.”

“Then his friend should have warned him, ” I replied.

“Tell me why you think it’s his friend’s responsibility?”

“Well,” I said, “he was there. He knew the risk. There was time and he understood that his friend couldn’t hear the train. He was the only one that could really help.”

“Yes,” my friend quietly said. “It is his friends responsibility to take care of him. The conductor can’t change the laws of physics. Even if he could, chaos would quickly ensue. And, besides, there is no need. Everything that is needed to avoid the tragedy is available. This is as it is with God. He has given us all we need to alleviate all of the suffering in this world. To alter the natural laws would ensure chaos. It is critically important that we take responsibility. As a matter of fact, we are the miracle that God provided.”

So now, because of that conversation, and many more after that. I see pain as a big reason – the reason, really – why we are here. To learn to alleviate the pain of others. I believe that when Jesus said the sheep and the goats will be separated by how they took care of people he made it pretty clear that this is our main job. That along with the great commandment to love one another, and the great commission to go show other people to love one another and take care of each other. It seems really clear to me. But I try to remember that it wasn’t always clear, and it still isn’t clear to everyone.

Sarah finally began to settle a bit and sat back up, shaking me out of of my thoughts. Shyly she thanked me. I told her that she didn’t need to thank me. It was such a privilege to be with her. She was quiet then. After some time, she asked if she could ask me a question. In hindsight, I almost wish I’d said no. But I did not, I said yes.

“Are you a Christian? I mean, are you here because you are a Christian? Because I’ve been thinking a lot these last few months and I am very confused about your country, your God, and now, perhaps… you.”

“Yes, Sarah, I am a Christian and my faith is what led me to be here. But I respect whatever your beliefs and religion are. I, we, we do not ask that you denounce your faith to be helped. We will respect your belie..”

She interrupted me, “No, I’m not worried about that. The reputation of this place is well known. But I do have questions. Can we talk tomorrow?”

“Yes. Absolutely. I may not have all the answers, but I would be glad to sit with you. Can you tell me a little more about what you would like to talk about?”

“I am confused by some of what I know about your Jesus and your Bible. We all listen to the news from the U.S. and…well, I just have questions.”

I took a deep breath, “Ok, well, I think that will be a lengthy conversation best served by a good rest and hearty breakfast.” She smiled and with that I gave her a warm hug and left her and her daughter to their first nights sleep in a safe and warm bedroom.

I went back to my room as well. I wondered how I could possibly be ready for her questions tomorrow, when I still had so many of my own…

Comment Policy:  Comments are welcome!  Negativity is not.  I’ll moderate the comments and if later down the road we find that some folks aren’t as nice as others, they will be deleted.  There are lots of places to be mean on the internet, this isn’t one of them.

Julia Grace, LLC
Thanks for spending some time with us - join the community, leave your thoughts, share with friends. For more info visit my About page.
Julia Grace
2016-04-01 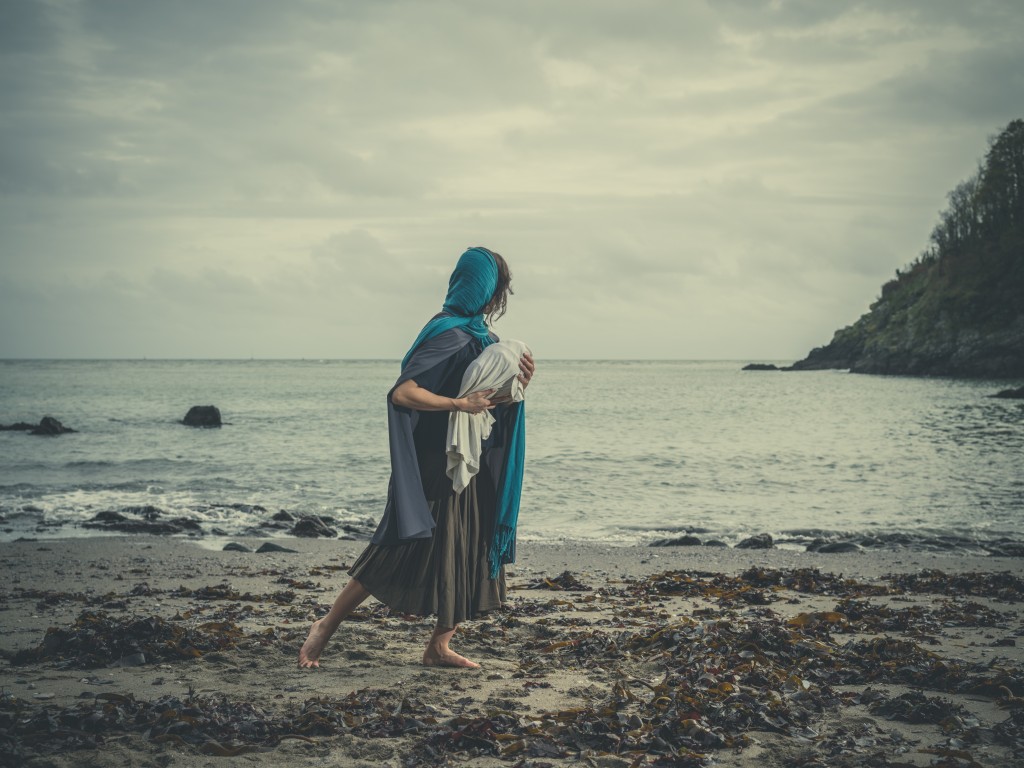 Tags:
faith fiction refugee
← PreviousCan I ask you…Are you a Christian? (Ch 2)
Next →This New Beginning